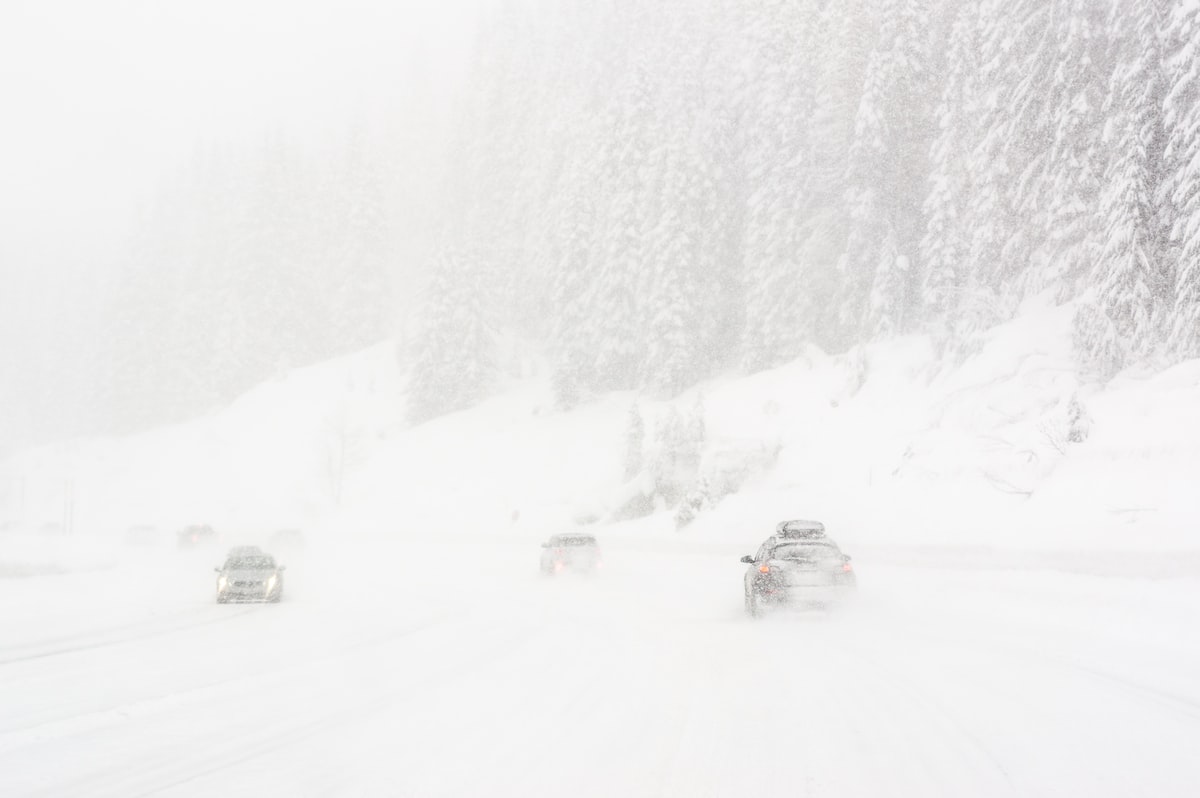 In the mid-1990s, I had a huge career breakthrough that almost killed me.

I'd sold my first documentary to CBC and was on a tight deadline to get it done. It was late January and we'd finished shooting everything except one final interview that had to happen in Toronto. I was living in Ottawa at the time, and planned to drive down the day before the shoot to pick up the film permits we needed.

That's when the blizzard hit. It was a full-on white-out – nothing new for that time of year – just terrible timing for me. But I had my priorities. The show must go on. So I set out in my little Acura sports car with my all season tires, giving myself lots of time to make my 4 pm deadline at the film office. Incredibly, I did okay for the first half of the trip.

Then, on the 401, I came up behind a car that was barely moving. Knowing I couldn't stay behind it, I carefully pulled out to pass. I got by without any problems. But as I was pulling back into the right lane, a tractor trailer screamed up behind me and clipped the back of my car.

That sent me spinning out of control. All I could see was white snow whipping by and I lost track of where I was or what direction I was going. After doing a full 360, I eventually straightened out just in time to hit the barriers on the shoulder and finally slide to a stop. It was a miracle that no other cars hit me. Unfortunately, nobody stopped to help either.

Once I caught my breath, I called 911 for help. The problem was, I didn't know exactly where I was – it was still a white-out. The operator started listing landmarks to narrow things down but we couldn't figure it out. Finally she said, "Are you past the big apple?" (something anyone who's ever driven the route would know). "Yes, I'm past the f'ing big apple!" I screamed with frustration (my first clue that I was definitely not all right).

The police arrived about 20 minutes later. After checking my car out, the officer determined it was still drivable and led me off the highway to the nearest detachment to file a hit-and-run report. That's when I learned that this kind of thing happened all the time in that area – it was such a busy trucking corridor.

As we wrapped up, I checked the time and realized that I could still make it to the film office to get my permit! The show must go on. So I drove my beat-up car the rest of the way through the blizzard into downtown Toronto, arriving with ten minutes to spare.

From there, I headed to my friend's place nearby where I'd planned to stay the night. They welcomed me at the door with a hug and the biggest glass of wine you've ever seen. Finally safe, I had a mini breakdown and sobbed for a good thirty minutes in shock.

The next morning, I headed out early to the shoot, only to find my wrecked car completely buried by snow plows - and sporting a huge parking ticket. So much for compassion in the big city!

In the end, the show was a success and I got my first Executive Producer credit. But the experience changed my life forever. I realized in hindsight how very lucky I was to walk away from that accident. And decided I couldn't keep commuting between cities. That ultimately inspired my move to Vancouver, where I hoped to find meaningful work and the outdoor lifestyle I loved.

It also inspired me to adopt a new mantra that would guide the rest of my career in an industry driven by ridiculous deadlines and demands on personnel at all levels. "It's just TV" not only helped me make better decisions in the face of inevitable chaos, it also made me a better leader with the courage to protect my teams from the relentless pressure so they could do their best work.

And the car? Well it survived another few years and many more adventures that I'll save for future stories!

Enjoying this post? Become a subscriber to the Q.west for good and get exclusive access to innovation stories and strategies that help you grow your influence and impact.
YES, I'D LOVE TO SUBSCRIBE!