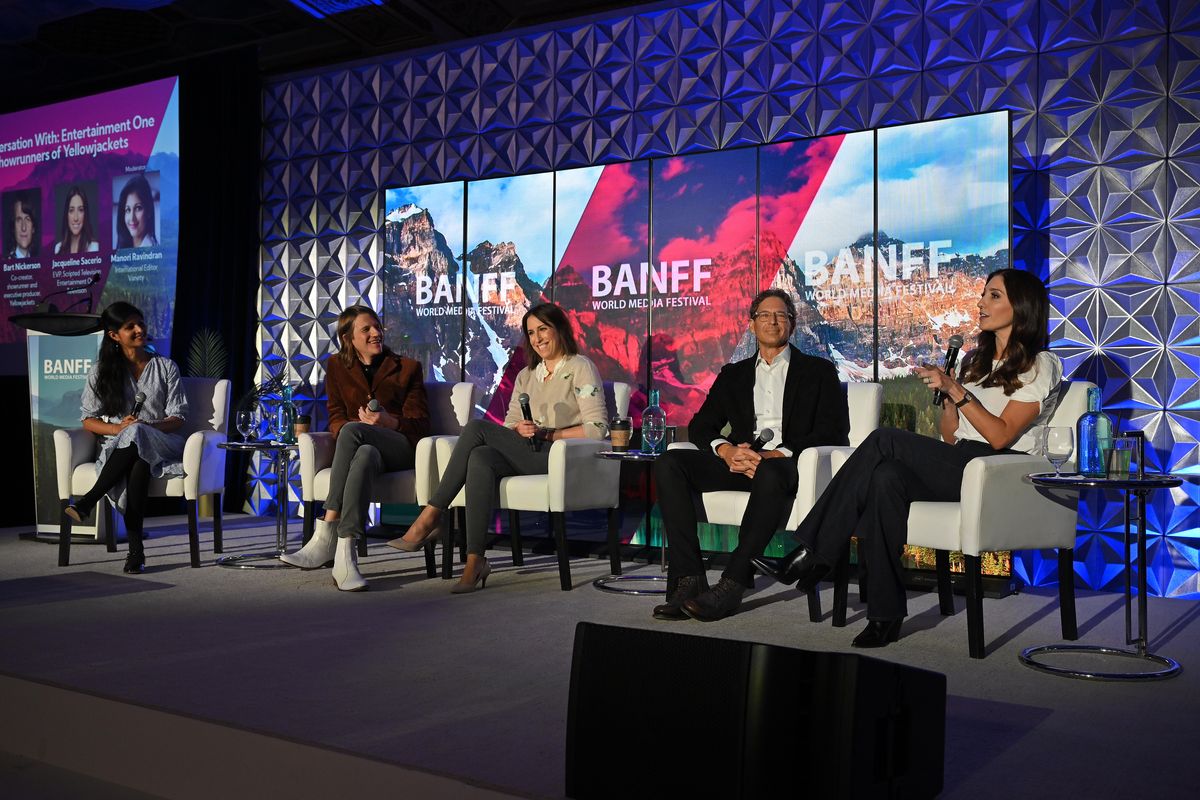 How I (accidentally) got my best clients

In 1996, I learned one of the most important lessons of my career.

Knowing the competition would be fierce, I tried to get a jump on things. I set up key meetings ahead of time, researched client priorities, and created killer pitches.

Yet, despite my credentials and what I was told were great ideas, I didn't get a nibble. At the time, I blamed it on the old boys' network – there were zero women in seats of power. But in hindsight, I realized it was something else.

I didn't have a relationship with anyone I pitched. They all lived in Toronto. I lived in Ottawa. Though we might have met once, we didn't know anything about each other. We had no trust, no common ground, no shared experience - nothing to bind us.

Crushed after the first day of rejections, I retreated to the bar. There, I saw a producer I'd been dying to meet, surrounded by a mob of people pitching frantically. Feeling sorry for him, I slid onto the stool beside him. "Do you mind if I sit here? I'm happy to be a shield for you and promise not to say a word about TV." "Um, sure," he nodded, stunned.

We hung out for over an hour, just drinking beer, and talking about camping, travel and hockey. When others tried to interrupt, I politely shooed them away. I didn't even give him my card. But before he left, he gave me his.

Hm. Maybe I was on to something. Since my “planned” pitches weren’t working, I decided to go all in on this new approach. I spent the rest of the conference being a "pal" to beleaguered producers. We'd hang out on the smoking balconies (even though I didn't smoke), rave on the dance floor and plunder buffet lines together. I even ran interference as guys followed them into the bathroom to pitch them at the urinals. Not once did we talk business. Instead, we just escaped the madness, shared a few laughs and enjoyed the event. And – every one of them gave me their card to follow up afterwards.

Which I did. Though they declined to buy any of my own ideas (that were all about women - double hm), they did hire me to write and direct episodes of their own series, projects that are still the highlight of my career today.

Amid all the expert advice we hear about getting "buy-in" for your big ideas, nobody's talking about the importance of building relationships. We’ve forgotten that the best slide decks in the world can't replace the human-to-human connection we develop when we invest time in getting to know someone and hear their stories.

Since moving the Vancouver Island, it's a lesson I've also forgotten. And it has cost me. I haven’t just lost business – I've also missed out on the energy, learning and joy that come from sustaining meaningful relationships.

And it's something you can be damn sure I'm working to fix.

Enjoying this post? Become a subscriber to the Q.west for good to make sure you don't miss my weekly stories and strategies.
YES, I'D LOVE TO SUBSCRIBE!

When I was 16, my best friend's Mom got me a job in the Sears sporting goods department (because that's how the world worked). For the most part, it was a dream – decent pay, fun co-workers, a store discount, and good bosses. But I ran into trouble with the dress
When I landed a gig to write and direct for Discovery's premiere series in the mid-90s, I thought I'd finally cracked the old boys' network that had a stranglehold on the broadcasting world. I was wrong. The job was to tell the story of a national park in Quebec. I
When I was 28, I quit what many called a "dream job". I was a video production specialist at BNR, the research arm of Nortel. I wrote, directed, produced and edited training and marketing videos for what was one of the world's tech giants. I made good money, had full